Sourced Material loves exploring the marketing and community-building possibilities of Web 2.0 - as does any social organization that wants to remain relevant. We have our website, our blog, and a Facebook page- and we're about to start tweeting.  Web 2.0 and the internet provide a platform for public exposure, but more importantly they provide a forum for communication and community-building that can span international borders. While on the ground level Sourced Material is a part of a face-to-face community of producers, processors,  and consumers- via the web we have formed a global community of supporters and participants. The web also allows us to exist beyond the traditional gallery or retail system. Through our website we are able to have a gallery, an e-store, and a bartering system that anyone can participate in anywhere. A lot of the power of the internet has to do with its formlessness (a concept first described by Georges Bataille and one which is dear to our hearts).

It is the formlessness of  the internet that makes the Web 2.0's instant mass-communication and sharing abilities, a powerful social and political phenomenon. The ability to communicate, via text, image, or sound- anywhere, anytime, with anybody is an invaluable tool- one of the first truly anarchic and democratic communication devices. There is a really interesting article in this week's New Yorker, by Malcolm Gladwell, titled "Twitter, Facebook, and social activism". As always Gladwell's essay is intelligent, insightful and well researched. But he misses the point about the power of internet and Web 2.0. While the analogy to the American Civil Rights movement of the 60's is interesting and brings up some good points, overall it is not a useful analogy. That was a different era and needed a different form of social organization. he relationship between vertically integrated, hierarchical organizations and laterally sprawling networks of citizen activists is not a zero-sum game. Twitter/FB are tools that that traditional organizations can use to disseminate information and organize followers cheaply and in real time. Many forms of social activism do work by large numbers of "small" acts--get out the vote, letter writing campaigns, legistlative referendums. These are not trivial mechanisms for social change. 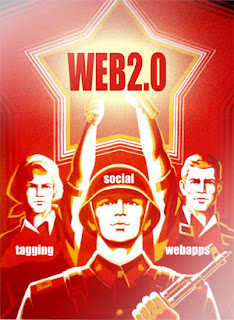 Web 2.0 offers is the anonymous and instant organizing of people for  things like flashmobs. Flashmobs have their own unique political power- the lack of hierarchy and the anonymity has an anarchic power that leaves the repressive powers dazed and confused. People arrive they do something and they vanish, there is no one accountable person or specific organization, it is people coming together because they share a point of view and want it to known. The civil rights movement made great strides under MLK's leadership, but his assassination was a major blow for the movement from which it never totally recovered; heirarchical groups have a human body, one bullet can cripple the whole body. Lateral organizations are more like a cell, constantly dividing into discreet bodies working together. 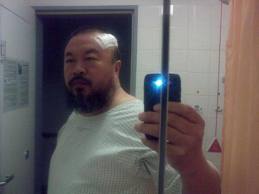 Besides social organizing and protesting, Web 2.O allows other kinds of politcal action and participation which was not available before. My favorite example, and one that Malcolm Gladwell's New Yorker colleague Evan Osnos wrote about in May the artist Ai Weiwei. He is a fascinating contemporary artists and he uses twitter to allow anyone to follow his daily thoughts and moves. He has also used it to keep himself and others from being arrested and brutalized by the Chinese government as well as forcing the Chinese government to release information. His cult like status and use of twitter has kept him one step head of the Chinese government in ways that would be impossible with out twitter. There is a lot more to say about this and a lot more to read. These are just some of our reactions. We recommend that you read more about Ai Weiwei as well as reading The Coming Insurrection.
Posted by Unknown at 7:18 PM